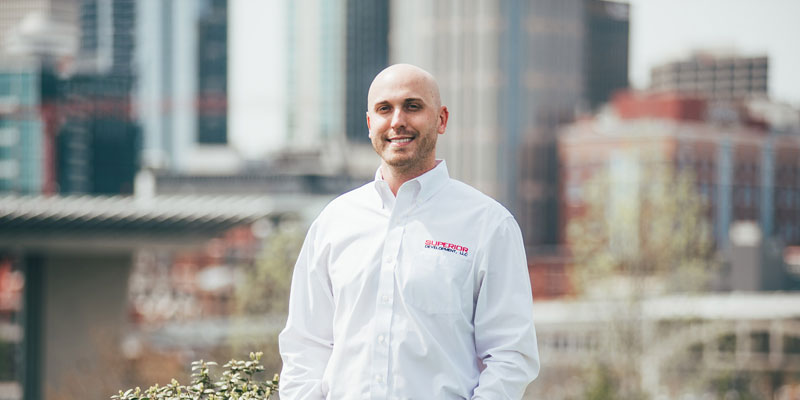 I officially joined the ranks of construction business owners in 2008, but have collaborated in the industry in some capacity since early childhood. My father, Jerry, was a superintendent for a track building company early in my life so I spent summer and fall season with him on jobsites. As I grew older, I became more active on job sites.

After my senior year of high school, I went away to play baseball on a college scholarship and worked summers working small exterior and interior renovations. It was during this time that I took a real interest in construction. I was given roles and responsibilities that tested by abilities which was very intriguing to me. The crash of 2008 left me with an opportunity to buy this employer out and I resigned my schooling duties to take full advantage of this opportunity.

This opportunity led to the formation of Superior Renovation Group, LLC which is 20 times larger today than it was when we created it in 2008. It wasn’t until 2014 that we created the company Superior Development, LLC. With a burning desire to build new construction homes, a bright trending market to create our product inside and a niche exposed through real estate investing our home building company was formed.

Superior Development, LLC is 12 times larger today than it was our first year in business. As a Christian man, I know it is only through the grace of God that my dreams and aspirations have come to fruition. I have a passion and desire to build a culture that doesn’t just want to build homes; instead, create homes that build the highest of value to its owners, its community and its environment.